In the wake of the BREXIT, we looked into the growth of UK Alternative Investment Advisors registered in the United States to determine patterns that may have signaled their views on BREXIT. Our time series data points to a significant slowdown in the growth of their SEC Registered Advisors in 2016 compared to the first half of 2015 as measured by the number of funds launched and private fund assets they raised. Considering that popular opinion deemed BREXIT less likely, did UK Managers get it right?

Convergence data shows that in first half of 2015, UK-based SEC Registered Alternative Investment Advisors launched 282 private funds and increased PFRAUM by $190bn compared to the first half of 2016, where they launched 109 new funds and only increased PFRAUM by $2bn. In fact, only 56 of 342 Advisors added new funds this year while 34 closed funds.

Convergence will track and report the behavior of UK Advisors operating in the US in future insights. 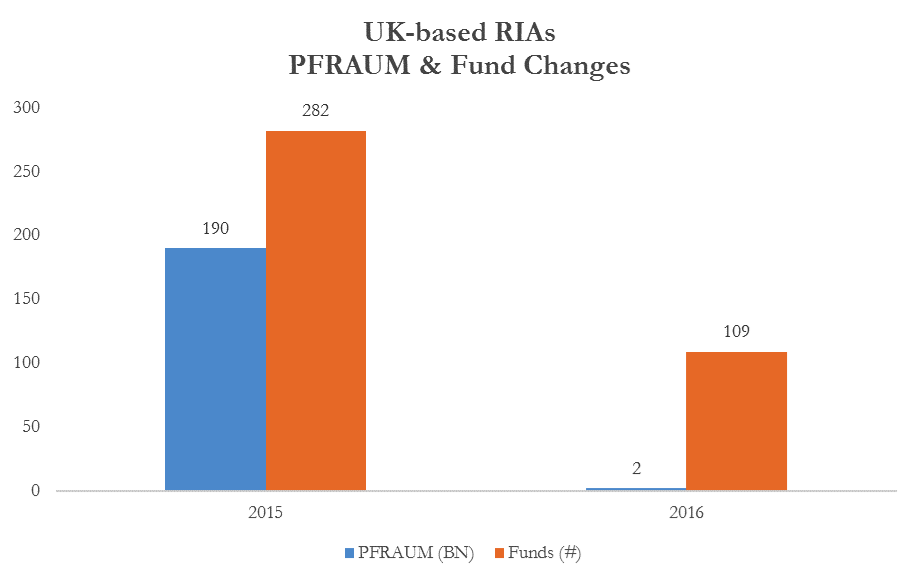 This site uses Akismet to reduce spam. Learn how your comment data is processed.

Convergence Data & Research
Convergence provides unprecedented TRANSPARENCY and INSIGHTS into what is taking place DAILY in an industry that has gone mainstream. See how our data and research will optimize your business model. Contact us to set up a demo today!